It felt good to be in the zone on chesstempo 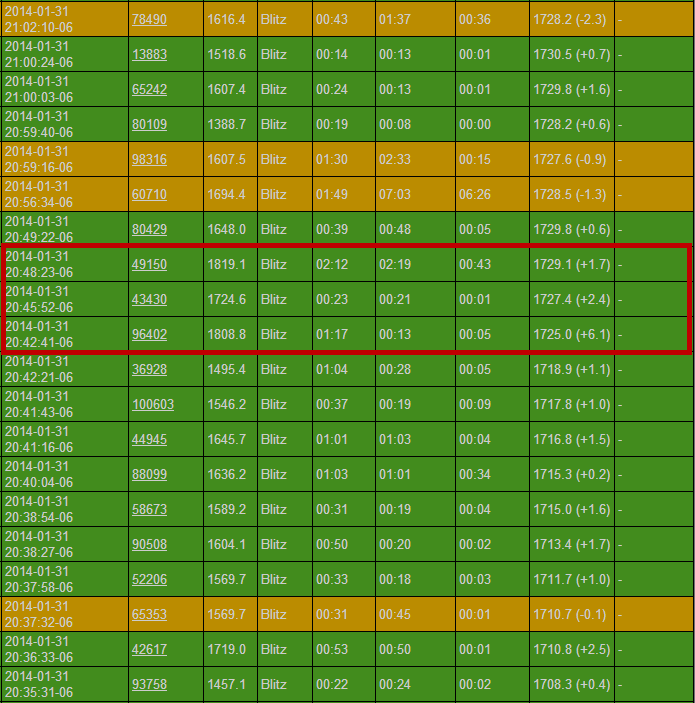 Posted by rockyrook at 10:00 PM No comments:

Here's a little something to get your weekend started:
Posted by rockyrook at 3:30 PM No comments:

My chosen on-line handle is RockyRook.

The 'Rocky' comes from two parts:
1 - I grew up near the Rocky Mountains and often went camping in various sub-ranges of the Rockies in the Wallowa, Nez Perce and Payette national forests.
2 - my favorite movie is Rocky

The 'Rook' comes from two parts as well:
1 - obviously, the rook in chess
2 - I love the rook bird, also known as a crow or raven - it's just cool!  Although, rooks, ravens and crows are technically different, people often interchange the names for the birds.

Today, I was reading the news and was fascinated to see this story: Birds Attack Peace Doves Freed from Pope's Window.  A seagull and a rook attacked the two doves that were freed from the window.  Below are some pictures that were taken of the event. 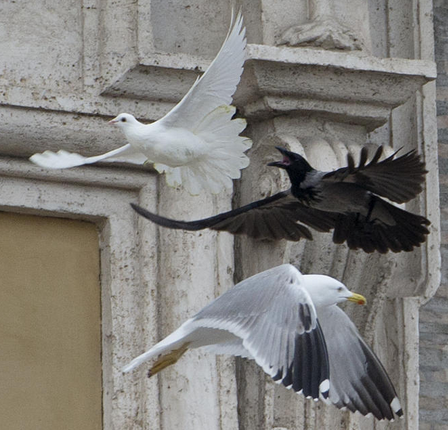 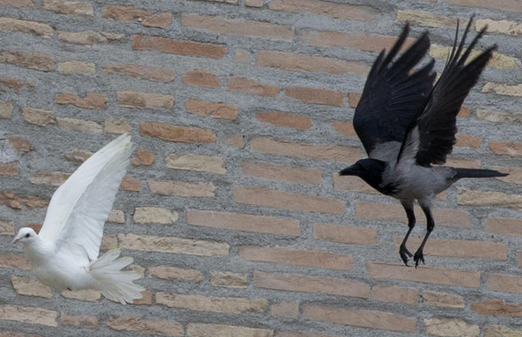 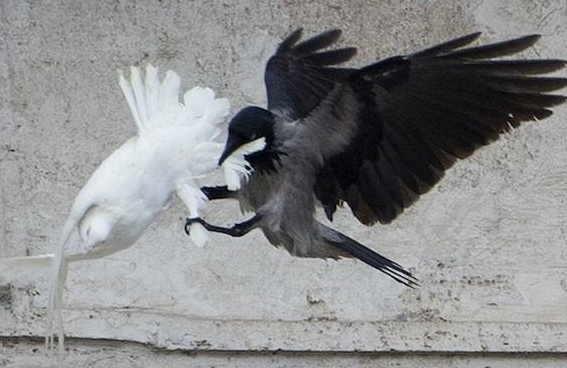 Posted by rockyrook at 1:24 PM No comments:

This is really cool - some person has found many, many instances of chess games being played in movies and TV shows.  They have re-created the position/game and then noted the context as well as the inaccuracies of the position/game.

post script: this is my 500th post on this blog!
Posted by rockyrook at 1:35 PM No comments:

I imagine it's been all around the chess world, but I still want to document it here.  Over the last few years (going back to November 2008), I've been documenting chess violence.  Today, I read on chess.com a story coming out of Ireland about a murder after a game of chess went awry.  The murder was quite gruesome - the murderer tried to eat the victim's heart!

Man Stabbed to Death 'Over Chess Dispute'
Dublin researcher, 39, 'stabbed to death following row over a late-night chess match'
Man 'stabbed to death over game of chess' in Ireland
Chess player stabbed to death 'after late night row with opponent over move spiralled out of control'
Man fatally beaten and stabbed in chess match row
Man held in Dublin over 'ritualistic chess killing'

1. solve 20 tactics a day at ChessTempo (blitz mode); 7600 problems for the year.
2. play at least 52 games a year (chess.com; guess the move at chesstempo)
3. read all the un-read chess books I own and try to learn something from them.

Just as a reference, here's a list of books I own and have read
- The Chess Artist
- The King's Gambit
- Bobby Fischer Goes to War
- Logical Chess Move by Move

So, in summary, it looks like I'm taking a bit more time (improvement in accuracy), at the expense of my rating.

For 2014 - my goal is to attempt 7600 problems; keep improving my accuracy, but also see if I can stem the decline in ratings.
Posted by rockyrook at 3:37 PM 6 comments: