This blog has been demoted over at the Boylston Chess Club Weblog. 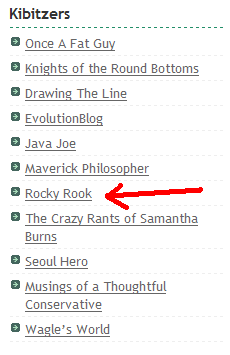 Lastly is the lowly "kibitzer class." This is the class whose blogs are not entirely focused on chess. They might occasionly comment on chess or they are related to the BCC in one way or another. This blog was once a member of the "upper class" but has since been relegated to "kibitzer." Maybe it's because I talked so much about my MBA classes with a smattering of chess topics. Who knows ...

Anway ... I'm pretty much done with school. In fact I rarely talk of it. This blog will now focus mainly on chess. Maybe, just maybe if this blog is special enough, it will receive it's upper-class status again.

Software for blind chess launched - Talk 64 will be released next month. This software is designed to help the visually impaired improve in chess. Another link to story.

Can the Knight's Tour be considered a magic trick? This article seems to suggest that it can.

How "White N' Nerdy" are you? - chess is considered the geek sport by many. But exactly how nerdy are you?
Posted by rockyrook at 3:42 PM No comments:

Video About the Benefits of Chess

Here are some links to the video (google, youtube).

I just read the chessbase.com article about the new book out by David Shenk.
Posted by rockyrook at 11:38 AM No comments:

Getting Ready for the Fall OCL

I've been trying to play more slow games and (trying to) avoiding blitz. Now even the 20 5 games are too fast for me ... this is a good sign that I'm thinking more than reacting.

Tonight I took advantage of one blunder from my opponent, but missed out on a second opportunity to score a sweet tactic. I havn't run the game through Fritz yet, but I think this would have been a good tactic. 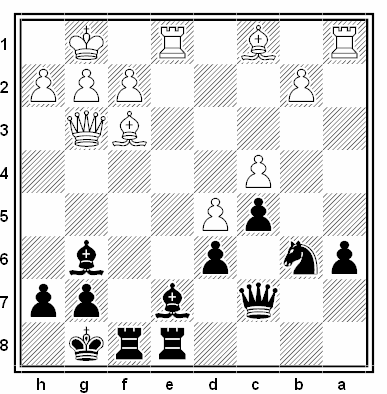 I'm Black and it's my move. After I moved Nxc4, I saw a better move. I should have considered Bh4! threatening mate as well as attacking the queen. To my credit, I was running a little low on time and I did see the move immediately after moving Nxe4 ... moral of the story, always look for a better move as Dan Heisman has advised many times.

Tomorrow I'm signing up for the Fall 2006 OCL. I've recruited one person so far for our team. I'm hoping we'll be able to pick up a couple of others.
Posted by rockyrook at 11:11 PM No comments:

My Official Opinion on Takebacks

Occasionally I receive a takeback request on FICS.

Basically, my take on it is that unless it's an unrated game or if I know my opponent (if he's a personal friend or on-line acquaintance) then I don't ask or give tackbacks. I assume that my opponents can properly and carefully handle a mouse during an on-line game of chess. Any rated OTB game would never allow takebacks.

Some might argue that the game would be more interesting if I grant the takeback. I agree ... therefore if we want to have a really interesting game, then let's play an unrated game and grant unlimited takebacks on both sides of the board ... we'll do a full analysis of all the positions. Along those same lines, we could finish the game without granting the takeback and afterwards we could go back to the move where the blunder occured and analyze the game from that point on.

Additionally, careful play is part of the game. If you drop of piece because you weren't careful, how can you expect to never repeat that blunder again if you're given a tackback every time? At some point, the line must be drawn.

I Googled "takebacks" and "chess" to see what others' opinions were on the subject.

The first one I found concerns advice to parents of children learning chess.

Finally, my number one recommendation for ALL parents:
always play touch-move and touch-capture, even in offhand games. This is a
critical factor in developing the kind of cause-and-effect thinking that leads
to both improvement and a great enjoyment in a much deeper game. Even a five
year old can learn to play touch move, and it will make everything go much more
smoothly if you always follow this practice. Similarly, discourage the use of
"takebacks" or "undo" options in computer chess games. In the long run, it is
better to resign a game and start a new one if you make a really bad blunder
then to use an undo and play on without the mistake.

The second one comes from the ICC.

IMPORTANT: Nobody, ever, is obligated to grant a takeback.
Refusing to give a takeback is NOT unsportsman-like. Takebacks are NOT in the
rules of chess. You, and you alone, are responsible for making your moves and
avoiding "mousos" and "typos". If you ask for a takeback from your opponent,
he/she is not even obligated to respond to your request. It is inappropriate to
criticize your opponent for not giving the takeback. ICC will not tolerate
harrassment or complaints against an opponent who would not give a takeback.

The third hit came from a site dedicated to chess ettiquette.

This is a subject of great controversy. Nobody--aside from perhaps chess coaches--ever wants to grant a takeback, but, sadly, it is fairly common to hear requests for them in casual games. A good rule of thumb is to move carefully so that you don't need to ask. If you're playing a friendly untimed game against someone weaker than you, it's usually ok to preempt their request by pointing out quietly and without fanfare how they would have hung their rook or queen or stepped into checkmate. I've done this with friends many times and they are usually very happy to be able to continue the game. With strangers, though, they're typically on their own.

So there are a few other opinions on the subject. I also found that one of the variables on FICS is takeback. If it is set to 1, then any takeback request will automatically be declined.

Does anyone else have a hot opinion on the subject?
Posted by rockyrook at 11:25 PM 4 comments:

So I'm trying to play more slow games. I read on the Chessville forum how someone suggested taking baby steps towards longer games, because the main reason for playing so much blitz is because one only has time for a quickie.

I learned a few things:

Anyway ... here is the critical (in my opinion) position that broke me last night. 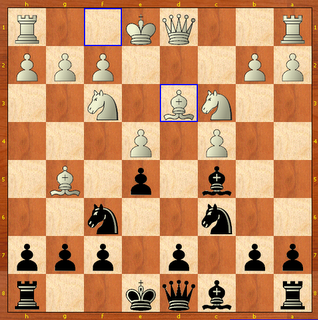 I sacrificed my bishop at f2. I was able to flush his king out and put a lot of pressure on him. But like I said, I didn't think it all the way through.

I let Fritz analyze the game and here are some of the annotations he gave me:
"simply worsens the situation"
"Black crumbles in face of a dire situation"
"does not help much"
"doesn't do any good"
"is not the saving move"
"a fruitless try to alter the course of the game"
and my favorite "praying for a miracle"

The answer to the previous tactic is Qxd8 Rxd8 followed by f4. Since the knight is pinned, all you need to do is drive off the extra defenders and you win the knight.

Posted by rockyrook at 1:33 PM No comments:

Back to Slow Games 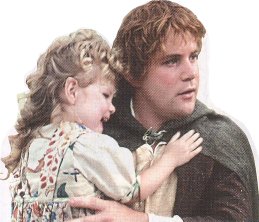 Lord of the Rings is on my mind today. I've already posted once today referencing Gandalf. Now I'm thinking of Samwise Gamgee when he returns home from the Grey Havens and says, "well, I'm back."

I'm back to playing slow games. I'm hoping to toss my hat into the OCL Fall 2006 tournament. I emailed a friend of mine asking him if he wants to join me in forming a team. I haven't heard back from him yet. If he decides not to, then I hope I can be put on a team. It's been exactly 3 years since I started playing in on-line tournaments. The Fall 2003 OCL tourney was my first ever on-line tournament I played.

So last night after working on my Circles, I logged on to FICS and played a 20 5 game. It was so refreshing being able to think and ponder rather than think under time pressure. I used almost my entire clock. I played solidly. I missed one tactic. My opponent ended up dropping a piece in the end game and later resigned. I would have liked to given him back the move and kept on playing because that is what I need to work on ... endgames.

Anyway ... here is the missed tactic. I'm white and it's my move. I didn't see it until after Señor Fritz enlightened me. 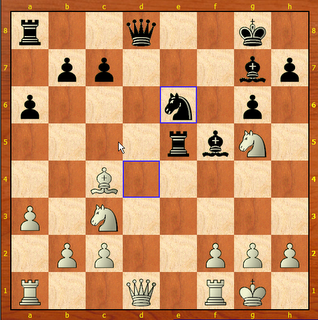 Posted by rockyrook at 12:34 PM No comments: