I vaguely remember, as a child, building Christmas villages out of paper.

Now on sale at amazon.com for $13.57 ... a perfect gift for friends or relatives who travel to South America (these guys sure could have used the book too). 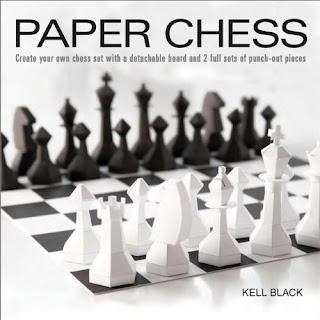 Posted by rockyrook at 1:58 PM No comments:

Where have all the Knights gone?

While perusing the blogs this morning, I read two posts (Nezha and tanc (happyhippo)) in a row about chess players with tactics on their minds. As I kept reading through their posts, I was almost anticipating them saying something about a new Knights Errant quest, but no mention was made.

Anyone know who the current secratary is? Are there people out there who are still convinced the Michael de la Maza method really works? Back in the hey day, it seemed like there was a lot of discussion about the effectiveness of the MDLM method. But that discussion seems to have dried up.

I was also curious about the man who started it all - the original Don Quixote - and his last post still remains as of June 20, 2007 wherein he says he's done nothing with chess since November 2006 and that he was in the middle of a career change.
Posted by rockyrook at 7:12 AM 8 comments:

Well, at least in these two pictures the two look a-like. 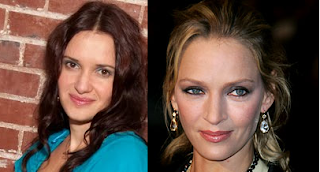 You gotta love the ups when they finally come.

These stats by no means represent anything other than the love of the game. I usually lose and I usually suck at tactics, so when I correctly answer 34 out of the last 40 problems at ChessTempo and I won two blitz games in a row at FICS (look at this beauty), I have to celebrate. Of course I also have to celebrate whenever I actually log onto FICS and play these days. I hadn't played a game there since August!

I also played Greg last weekend. It wasn't anything spectacular ... we drew. But I look forward to future games and I hope I can put up a good fight for him.
Posted by rockyrook at 10:07 PM 1 comment: