BabasChess Background or Wallpaper for your Board

One of the commenters from my post "Configuring BabasChess to look like Fritz" noted that they were having issues with white space behind the playing board. I have seen this before when trying to apply a really nice background image.

BabasChess requires the background images be a bitmap.  You cannot load .png, or .jpeg .jpg or any other image type.  It must be .bmp

This doesn't present a big problem as long as you have the right image editing tools.

1) Google the image you want and save it. For me, it was 'dark wood' 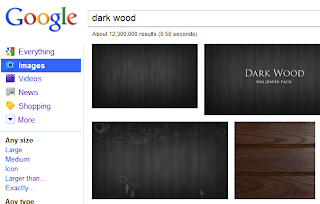 2) Convert the image to bitmap (skip this step if your image is already in bitmap type)
2a) Open your image edit tool. For me, I use SnagIt. But any basic edit tool should work.
2b) Convert the image type. Depending on the tool you are using, this step may vary. But if you are using SnagIt, there is a 'Convert Image' option. Using the wizard, it walks you through ... at the right step, choose the .bmp option. Windows Paint program can also convert images to bitmaps. Open the image, and then simply choose, 'save as' and choose bitmap.

3) Save the bitmap (or copy it) to the Data/Backgrounds directory in the folder where BabasChess is stored. For me it is C:\Program Files\BabasChess\BabasChess\Data\Backgrounds 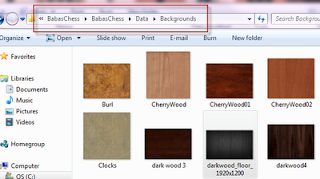 4) Open Preferences (F11) in BabasChess and choose the background. 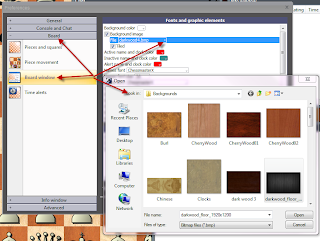 Enjoy!
Posted by rockyrook at 10:04 AM No comments:

First off - this is not a chess post.  I doubt anyone even looks at this blog very much, but I felt a little rant coming on and needed a place to release it.

I know - I'm a little late with this review.  I've yet to watch the other James Cameron movie (TITanic).  There's something about the raving mad crowds of people who gush over how great a movie is that just turns me off and I don't want to watch it.  Avatar was kind of like that as well.  So I never saw it in the theater.  I finally watched it over Thanksgiving after my brother in law got the blue-ray for a birthday present.

Don't worry - this rant won't be too long.

Point one: the American military general was insane.  I don't deny there may very well be insane soldiers, but those are exceptions in my opinion.

Point two: The business dude running the show was a bit insane too ... and dumb.  If that stuff was really worth that much money, I think the company could have been a little more patient.

Point three dot one: The military lost just one battle - the blue people kicked them off the planet.  The military, if indeed they wanted to pursue taking over the planet, would have come back much stronger and with much more force.

Point three dot two: As soon as the company/military/science officers found out that they could attempt to "transfer" human souls into blue-people bodies, I think they should have taken a different route than trying to destroy the planet and people.  They could have started charging humans to come to the planet to get a soul-transfer and start living on Pandora.  There's probably a lot more money in that market.  Plus, with the migration and influx of humans living in blue-people bodies, who's to say the company/military/science officers couldn't have pulled off the original plan - and that was to essentially put a spy in the midst of the blue-people.

Point four: Avatar was really just a re-vamped, slicked up re-do of Disney's Pocahontas.  That movie bombed because the story sucked.  Avatar would have flopped too if it weren't for the absolutely cool effects and 3D technology.

PS - as I was looking for a picture for this post, I found that there were already stored searches for "avatar pocahontas comparison"  The picture shows I'm not the first one to see the similarities.
Posted by rockyrook at 10:27 AM 1 comment: 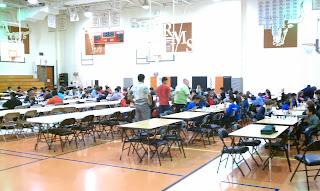