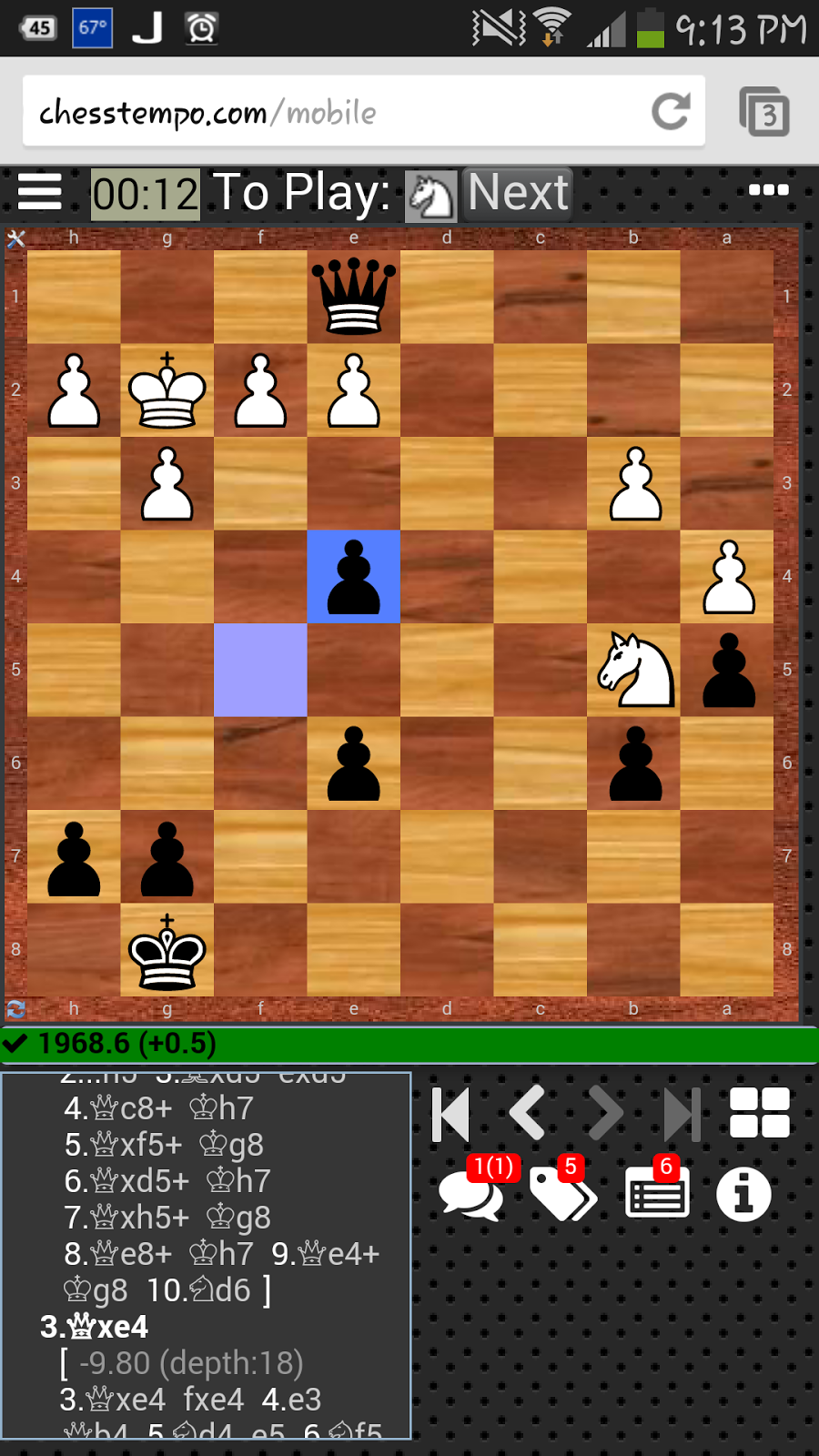 There appears to be some minor kinks that Richard (the site admin) will have to work out.  He's requesting feedback at this forum thread.  The issues I've noticed have already been identified.
Posted by rockyrook at 9:30 PM 1 comment:

"How To Judge a Chess Position"

Stumbled on this video today.  I really liked it - I need to find more videos like these.

His advice:
1. count the pieces
2. compare the kind positions
3. compare the pawn structures
4. compare the relative piece activity of the players
5. work out if there are any threats
6. make an assessment, look for moves

Labels: How to Think, Thinking Process

The Immortal Game by David Shenk

Maybe it was late December or early January when I started The Immortal Game.  I've been nibbling at it over the past 3 months and I finally finished it last weekend.

Because I nibbled over 3 months, I don't have a whole lot of specific recall.  Rather, I just remember that it was a good book that took a 10,000 foot view of chess over a millennium and a half.

The book goes back and forth between recounting history and the evolution of chess and the immortal game.

I'm not going to get much into reviewing this - there are lots of reviews available.  But if you're looking for a good, broad historical chess book, this would be a good start.
Posted by rockyrook at 2:04 PM No comments: