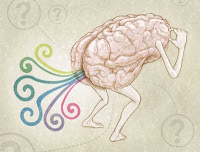 Our team is playing a warm-up tournament before T44 starts.  I played the first game yesterday.  I got off to a fantastic start - found a really nifty tactic, won a bishop, made it to the end game and then ...

Well - let me put it this way - what would happen if Lance Armstrong decided to quit the last 100 miles of the 2000 mile race?  How would the world react if Federer threw in the towel in the last set at Wimbledon?  Or if you were running a marathon and collapsed with 1/2 a mile to go?  Truly frustrating and agonizing - it has taken me a full day to even talk about it.

So here is the justification - I had about 10 minutes on my clock and I needed to go pick up my kid from the bus stop.  Under that pressure, I simply dropped my rook.  I was truly blind and not thinking - the only thing I remember was the need to defend that pawn and that the rook would be defended by the king - which obviously he was not.  It's like my brain short-circuited - there is something fundamentally un-nerving about that game that makes me wonder if I really have brain-function issues.  Even under those pressures, I should not have dropped that rook.

... and the rook of all pieces!  My flippin handle is the rook - holy hell.

One of the biggest things I learned and liked from the game was the 'whisper' command.  I've never used the whipser command before in a game I was playing.  So I used it quite a bit and it helped me a lot - helped me see variations, avoid traps and what not.  I think I'll be using that feature again.

And with that - here is the game.

image source: bildungblog
Posted by rockyrook at 11:12 AM