Practice and the Illusion of Winning 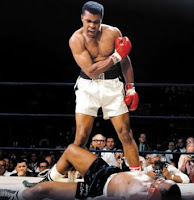 The age old topic of practice and greatness reared its head again today.  This time it appeared on Scott Adams' blog (the guy who draws/writes Dilbert).

He says, "I've spent a ridiculous number of hours playing pool, mostly as a kid. I'm not proud of that fact. Almost any other activity would have been more useful. As a result of my wasted youth, years later I can beat 99% of the public at eight-ball. But I can't enjoy that sort of so-called victory. It doesn't feel like "winning" anything.

It feels as meaningful as if my opponent and I had kept logs of the hours we each had spent playing pool over our lifetimes and simply compared. It feels redundant to play the actual games.

I see the same thing with tennis, golf, music, and just about any other skill, at least at non-professional levels. And research supports the obvious, that practice is the main determinant of success in a particular field."